It’s Friday night, and you know what that means. Time for another episode of AEW Rampage. This week is the return of Hikaru Shida. Last seen challenging for the AEW Women’s Championship over a month ago, Shida returns to TV to face newcomer Queen Aminata. 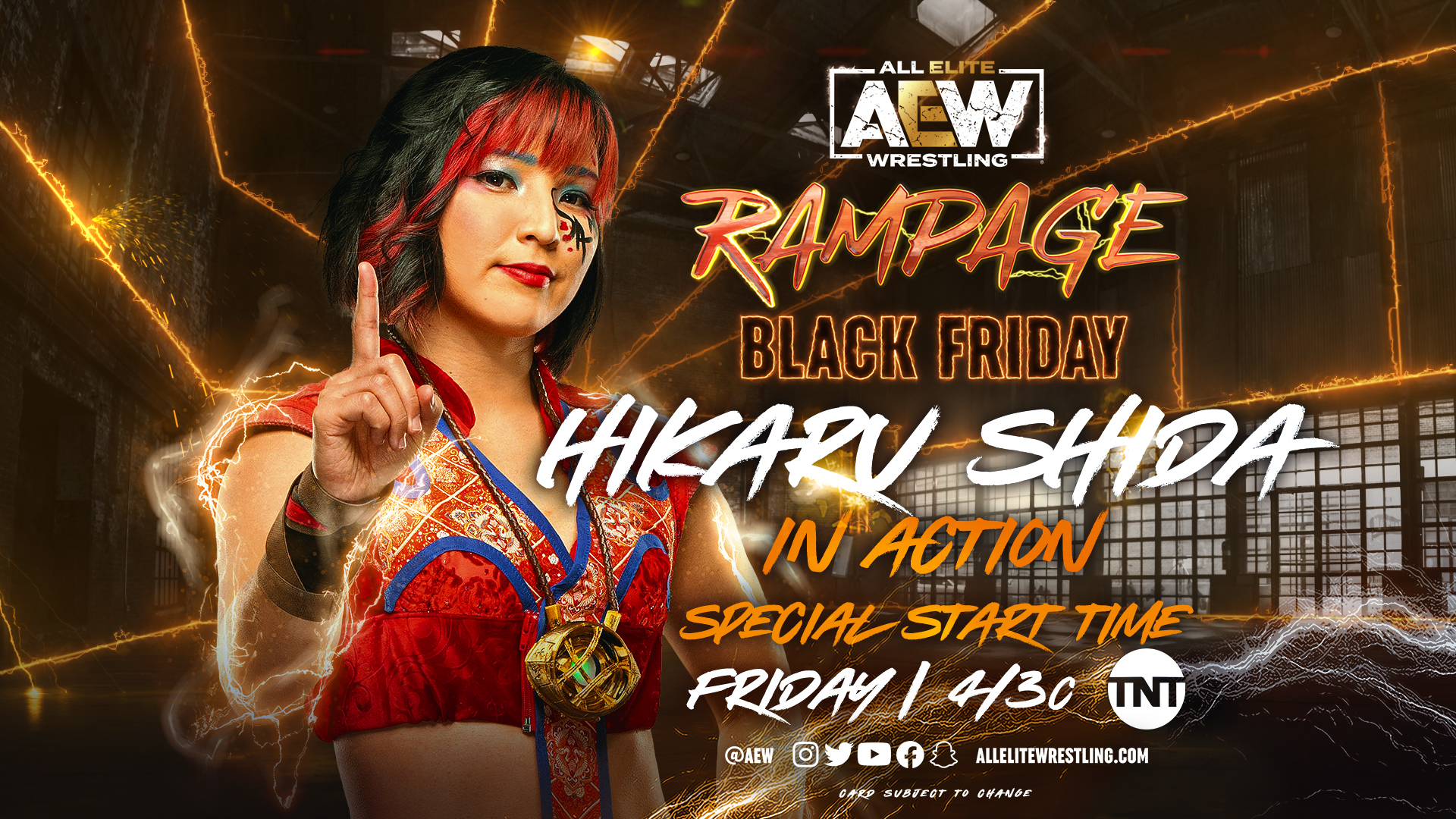 Blink, and you’ll miss it, wrestling fans. This match was barely a squash. Before the match starts, Shida is interrupted by Penelope Ford and The Bunny, who watch on from ringside. Aminata takes full advantage of the distraction in the early going. From there, Hikaru Shida quickly and easily regains control. Boom Falcon Arrow, boom Katana. One, two, three. That’s all, folks. Shida picks up the quick victory as Penelope and The Bunny look on, smiling before walking back up the ramp.

Squash matches have a dual purpose, to get someone over and to give new talent some experience on TV. With this match being 2 minutes 23 seconds (including entrances), neither Shida nor Aminata had the chance to show what they are fully capable of.

If there is any upside to this match, it is that AEW appears to be building towards a more cohesive and fleshed-out women’s division. The involvement of Penelope Ford and The Bunny points towards a more long-term lower-card feud for Shida. While the Athena promo before the match lays the groundwork for a feud between her and ROH Champion Mercedes Martinez.

Combining this with Seraya’s return and Jamie Hayter’s title win at Full Gear shows the signs of a cohesive women’s division, one with a lower and mid-card and their two major titles. It is a promise we’ve been waiting on since Dynamite’s inception over three years ago. Will this be the time that AEW fully commits to its women’s division? I remain equal parts optimistic and skeptical.

Those are my thought. But what do you think? Would you like to see more of Shida on TV? Is AEW finally building towards a stronger women’s division? Let us know what you think. We love hearing from you.