AEW’s Full Gear takes place this Sunday, November 19th at the Prudential Center in Newark, New Jersey. As of this writing, there have been three huge women’s matches announced. The interim AEW Women’s Championship and the TBS Championship will both be on the line. We will also see Saraya’s return to wrestling when she faces Britt Baker.

Saraya debuted in AEW on September 29 during Grand Slam. Britt Baker, Serena Deeb, and Jamie Hayter beat Toni Storm and Athena post-match. Saraya targeted Britt Baker. The two women have had several face-to-face confrontations leading up to this match. Saraya announced her wrestling status on Dynamite last Wednesday, much to Britt Baker’s delight. Britt Baker said she built AEW’s women’s division and made it a place where many women in wrestling want to be. Britt mocked Saraya’s neck injuries. Saraya grabbed Britt after their heated ring confrontation last week on Dynamite. Saraya looks to win her first match since being cleared and in almost 5 years. Britt Baker wants to prevent Saraya’s return. 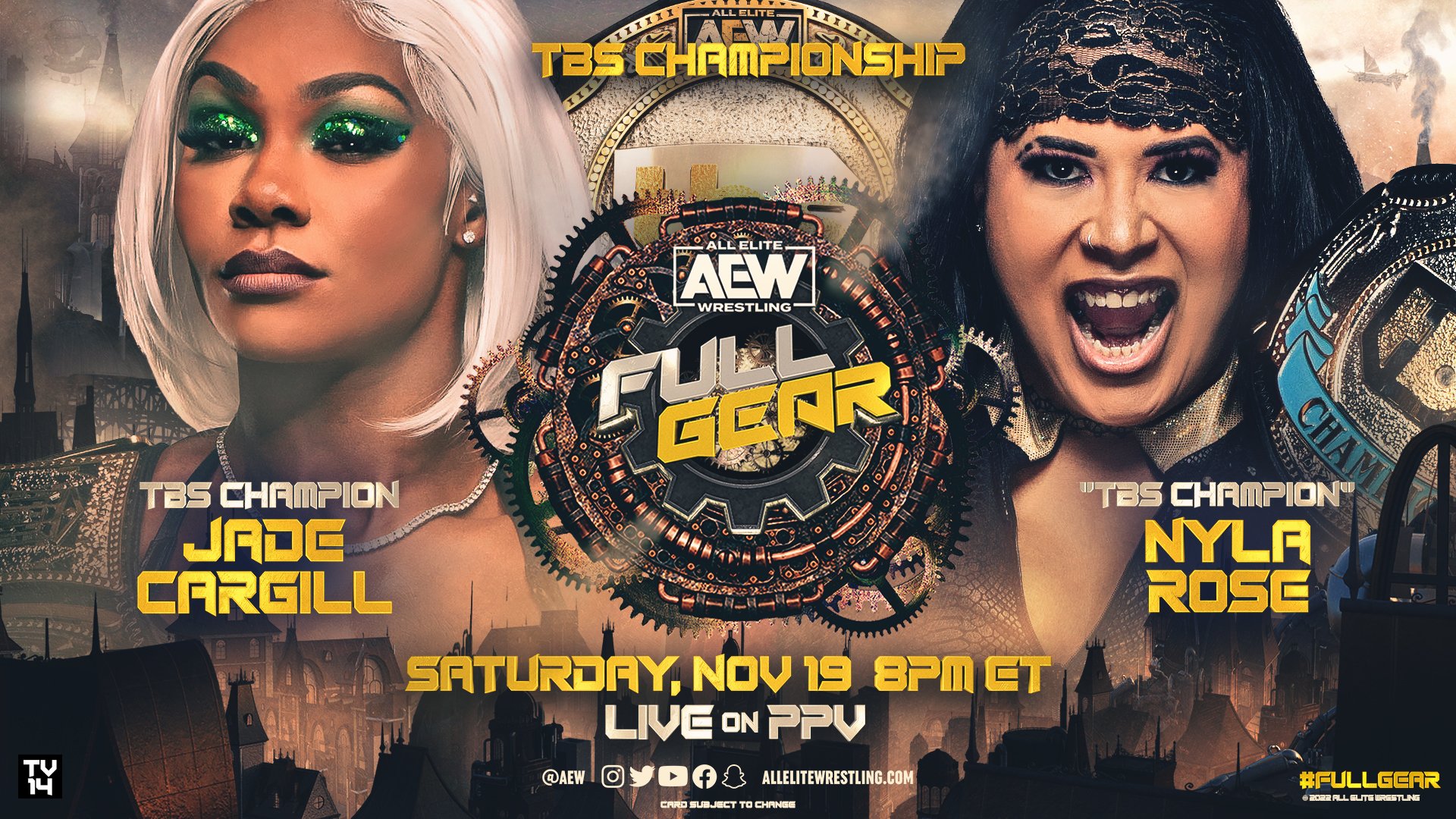 Jade Cargill vs. Nyla Rose for the TBS Championship

TBS Champion Jade Cargill is 41-0 in AEW. She became the first TBS Champion in January 2022 after defeating Ruby Soho. Jade has beaten everyone in her path. Baddies can bring helpful distractions to help her win. Nyla Rose, the former AEW Women’s Champion, stole Jade’s title belt. Rose claims to be the real TBS Champion because she has the belt and always escapes when Jade tries to take it. Nyla stole Jade’s car, antagonized her with promos, and annoyed her on social media. Nyla has Vickie Guerrero and Marina Shafir to balance Jade’s numbers. Jade was close to getting her belt back on Rampage last Friday, but Nyla, Marina, and Vickie had a plan. Nyla Rose is in Jade’s head, which could help her win. Jade wants to retain the TBS Championship, get the belt back, and go 50-0.

Thunder Rosa’s injury prompted an interim AEW Women’s Championship and a fatal four-way match for All Out 2022. Toni Storm won against Britt Baker, Hikaru Shida, and Jamie Hayter. Jamie Hayter has been in Britt Baker’s shadow in AEW, but she’s recently proven to be an excellent singles wrestler. Live crowds have been loving her. Toni Storm beat Jamie Hayter in singles at the Owen Hart Foundation Tournament. Toni Storm has been a dominant champion and has said she has no problem facing Thunder Rosa to unify the titles. Jamie Hayter wants an AEW title. Hayter and Britt Baker have had rifts, but they put them aside when it matters. Jamie wants to prove she’s not Britt Baker’s backup singer.