Now that she has defeated Masha Slamovich, Jordynne Grace proves herself yet again as the top Knockout. With success comes a few enemies. Sometimes, that success creates the biggest target on your back.

Now, who will be next for the IMPACT! Knockouts World Champion, Jordynne Grace? 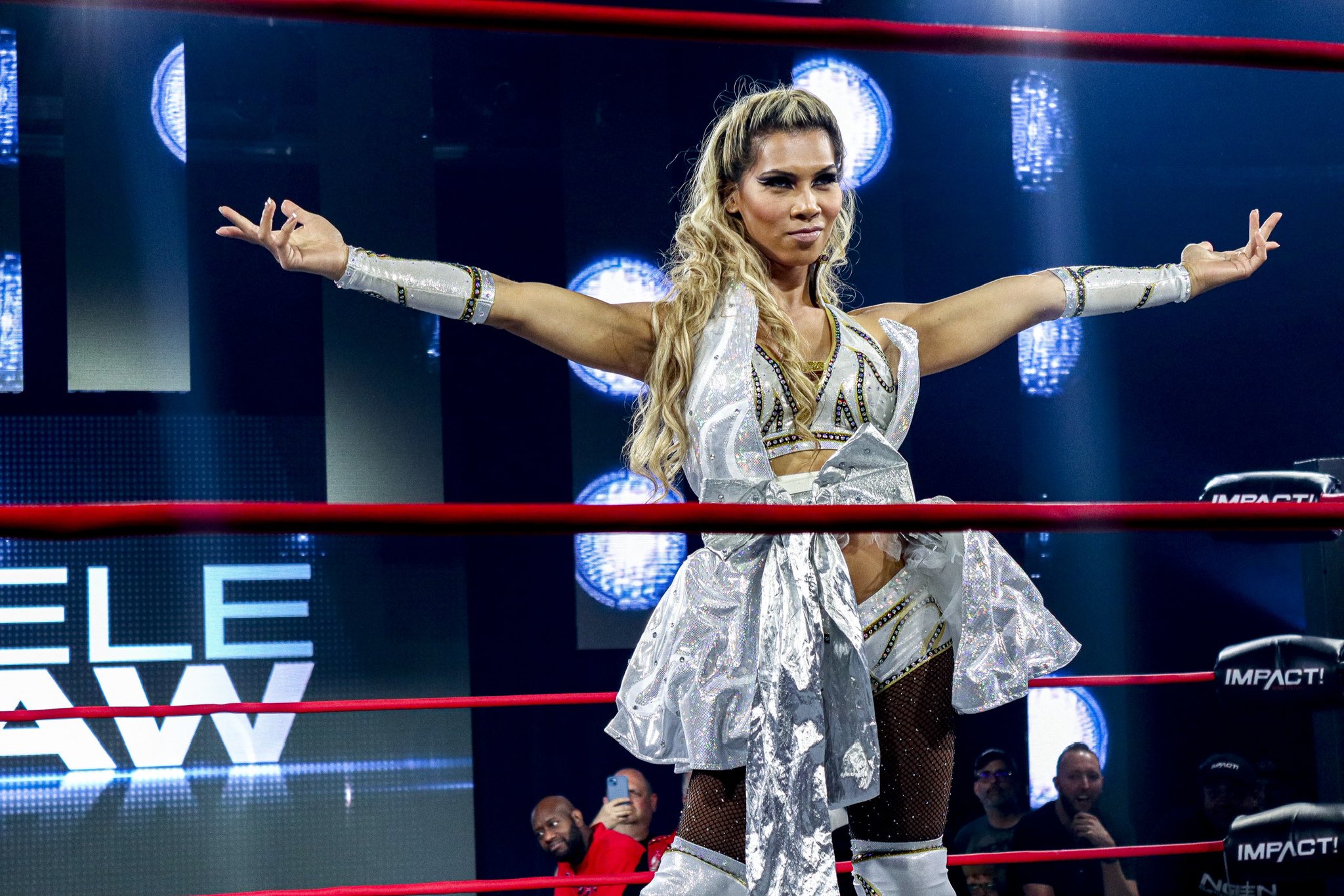 I have talked about this before and I will say it over and over again. Gisele Shaw is the moment. She continues to prove herself as someone who deserves the spotlight. Every time she steps into the ring, it gets better and better.

A surprise return at Bound For Glory, Taylor Wilde is no stranger to the gold. In addition, she is a former Knockouts Champion, defeating Awesome Kong. Having a match and a possible win over Jordynne Grace could be exactly what Wilde needs. This would be a good way to establish her comeback in the championship picture.

In my opinion, it is time for Savannah Evans to get a singles run. This does not mean complete separation from Tasha Steelz. Evans is no stranger to getting in the ring with Jordynne Grace. However, this time will be for the championship. There is more on the line and it is time for Evans to shine.

This is an obvious choice. All in all, Jordynne Grace could be the one to defeat Mickie James. On the contrary, James defeating Grace puts her right back on top of the mountain. This match gives the last rodeo a different meaning with an ending story like the other.

Killer Kelly has become the wildcard of this division. Her style can be quite deadly to the reign of Jordynne Grace. If Kelly gains a few wins over the other Knockouts, I believe she will become closer to Grace in due time.

We will certainly be watching this Thursday to see what is next for Jordynne Grace. Head over to our Twitter page for some live tweeting during the show.

Be sure to check out our IMPACT! Wrestling post-show every Thursday. Stream the show live on YouTube, Twitch, and Facebook Live.