Battle Slam brings professional wrestling and hip-hop under one building. Over the weekend, Savannah Evans represents IMPACT! Wrestling as she faces off with the undefeated Queen Aminata. In addition, the match between Ashley D’Amboise and Shalonce Royal turns into a tag match, adding Jada Stone and Hyena Hera to the equation.

Queen Aminata proves her power every time she steps into the ring. She is undefeated in Battle Slam and has no plans of changing that. Her match with former IMPACT! Knockouts World Champion, Tasha Steelz, ends in a time-limit draw.

Now, she faces off with another Knockout, someone quite close to Tasha Steelz. Savannah Evans makes her Battle Slam debut and shows everyone her power and dominance. Evans puts up a good fight but in the end, Queen gets the victory.

Who will be next to step up to Queen Aminata? Let us know on Twitter who you would like to see come to Battle Slam and accept that challenge! 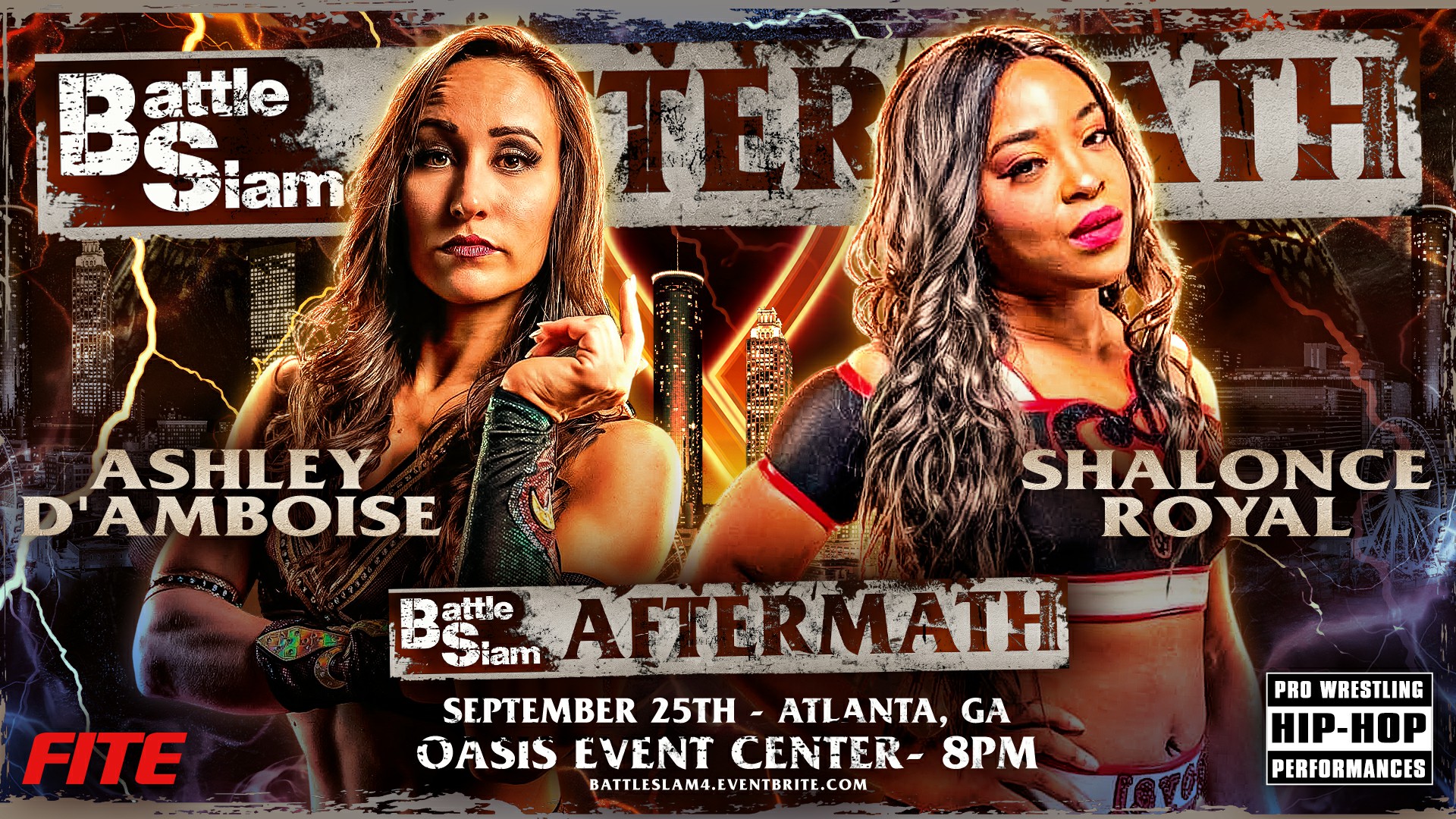 Ashley D’Amboise and Shalonce Royal are no strangers in the ring. Each competitor looks to gain the win at any cost. As the two make their way outside the ring, Royal is pushed into Hyena Hera.

Hera begins to attack Royal, forcing the referee to end the match altogether. As their match ends in no contest, Jada Stone comes out to even out the odds.

After their brawl, the match is made official. Ashley D’Amboise and Hyena Hera find themselves teaming against Shalonce Royal and Jada Stone. In the end, D’Amboise and Hera pick up the win.

More Pictures From The Show

After the show, we catch up with the producer of Battle Slam @toodopeforrehab. Be sure to check out the full interview below.