GOSSIP
More
Home Impact Who Could Be Next For VXT? Deonna Purrazzo and Chelsea Green have become the most dominating women in wrestling. Separately and together, they have conquered everywhere they step. This includes promotions such as NWA, XPW, and of course IMPACT! Wrestling.

In addition, Green and Purrazzo are the current IMPACT! Knockouts World Champions. Currently, VXT has no opponents for Victory Road taking place Friday. VXT has taken out all the competition, but are they overlooking some potential threats?

Here are a few teams I would like to see VXT face next. 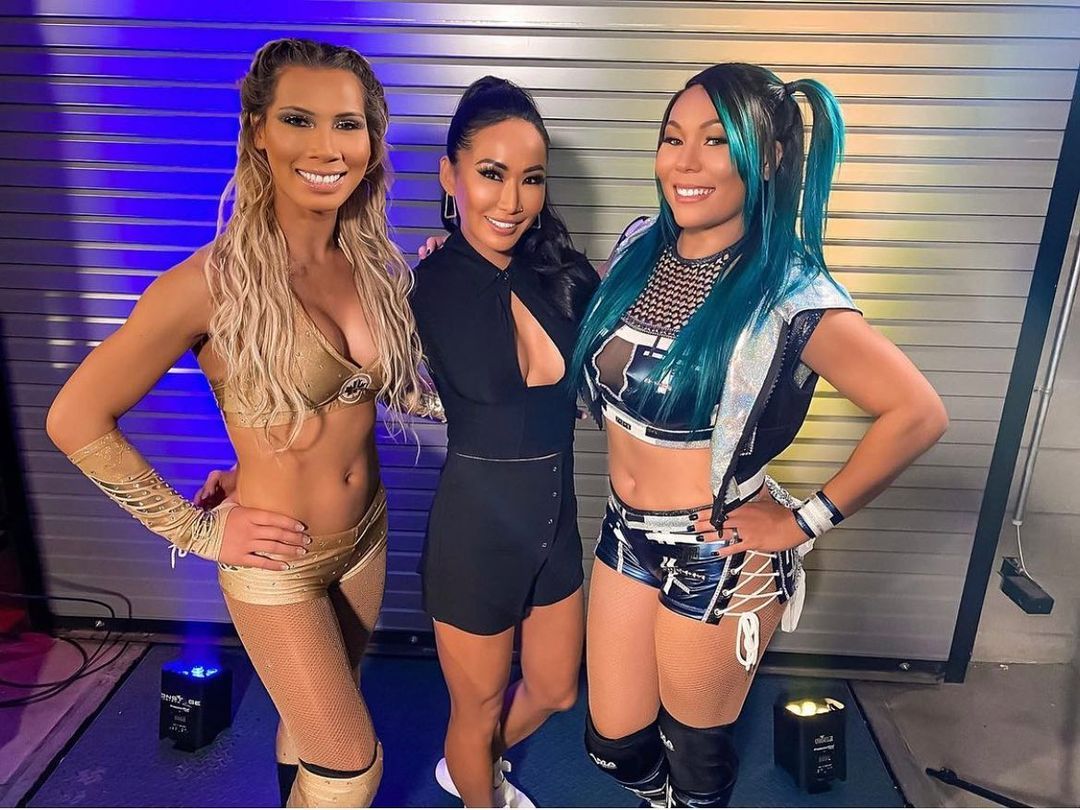 Friends outside of the ring, these Knockouts have been climbing their way up the ranks in singles competition. As a team, I believe they would be an excellent threat to VXT. From traveling together and even training, Mia Yim and Gisele Shaw could be the team to look out for.

Since her debut, Shaw continues to keep her foot on the gas. She is currently in a feud with Mickie James that is taking her to the next level. Shaw is someone to keep your eyes on when it comes to climbing to the top.

Mia Yim has been on a good run since her return. Even with her loss to Jordynne Grace, she continues to maintain her spot at the top of the division. Going after the tag titles could be the exact opportunity both of these Knockouts need. To no surprise, they have become quite hungry for gold.

Come to think about it, what is genuinely stopping them from going after VXT?

Many would say that the power that Tasha Steelz holds over the Knockouts division comes with the help of Savannah Evans. As true as that can be, Steelz has proven herself as a single competitor as well. She is no stranger to being at the top as a former two-time Knockouts World Tag Team Champion.

After the demise of Fire ‘N Flava, Steelz sets her eyes on her solo journey. She goes on to win the first-ever Knockouts Ulitmate X match at Hard To Kill. Earlier this year, she becomes a first-time Knockouts World Champion after defeating Mickie James.

In addition, Evans holds a presence in the ring that could carry her easily to gold. Taking out opponents left and right, win or lose the damage she gives to her competitors is long-lasting. I believe it is time for Savannah Evans to get an opportunity at the gold.

This is a duo that rarely wrestles together yet has a foundation that protects one another every time they step into the ring. Is it time for Tasha Steelz and Savannah Evans to go after the IMPACT! Knockout World Tag Team Championships?

The Renegade Twins have become a wildcard team in women’s wrestling. They display their dominance most recently in AEW, having matches on Rampage, Dark, and Elevation. In addition, these twins wrestle in other promotions such as District Wrestling and Battle Slam.

Furthermore, they are no strangers to holding the gold. The Renegade Twins are former Mission Pro Wrestling Tag Team Champions. In 2021, they become the tag team of the year within the promotion.

Double trouble might the game to end the reign of VXT. Could we see The Renegade Twins pop up in IMPACT! and challenge VXT? At this point, anything in women’s wrestling is possible!

Victory Road airs live this Friday. Even though VXT are not scheduled on the card, we may see them make an appearance. No matter what, we will be live in the building for all the action!