Becky Lynch To Bianca Belair – “Hold It Down B! I’ll See You Soon!”

Becky Lynch has a message for Bianca Belair

Earlier today, news broke that Becky Lynch is currently injured. According to Fightful’s Sean Ross Sapp, he confirms she suffers a separated shoulder during her match at SummerSlam this past Saturday.

https://t.co/jy8u49QleA has confirmed that Becky Lynch sustained a separated shoulder at WWE Summerslam.

She worked through most of the match with the injury.

We hope she gets well soon! pic.twitter.com/Gc9nsy7z5u

In addition, Becky Lynch opens up the show tonight. Shortly after, she is joined in the ring by the current WWE RAW Women’s Champion, Bianca Belair. They hug it out yet again while Lynch tells Belair to hold it down while she is out.

However, Lynch did not even make it out of the building before being attacked by Bayley, Iyo Sky, and Dakota Kai. It seems they are wasting no time showing their dominance within the division. As Belair rushes out to help Lynch, they leave before she can even catch them in the act.

The grand slam champion herself, Bayley, had this to say after the attack. “This isn’t about Becky, and this is not about Bianca. THIS is about us, and you’ll see what I mean soon enough!”

Alexa Bliss and Asuka fight to make their way back into the championship conversation. Lately, each of them has had a few wins in singles and/or tag team competitions. In addition, the two are quite familiar with one another in the ring.

Unfortunately, their match ends in no contest, due to an attack by Bayley, Dakota Kai, and Iyo Sky. This time, Bianca Belair comes out to even out the odds. She gets on the mic to call out any one of them that wants to go to battle.

Furthermore, Iyo Sky steps up to challenge to face the champion. 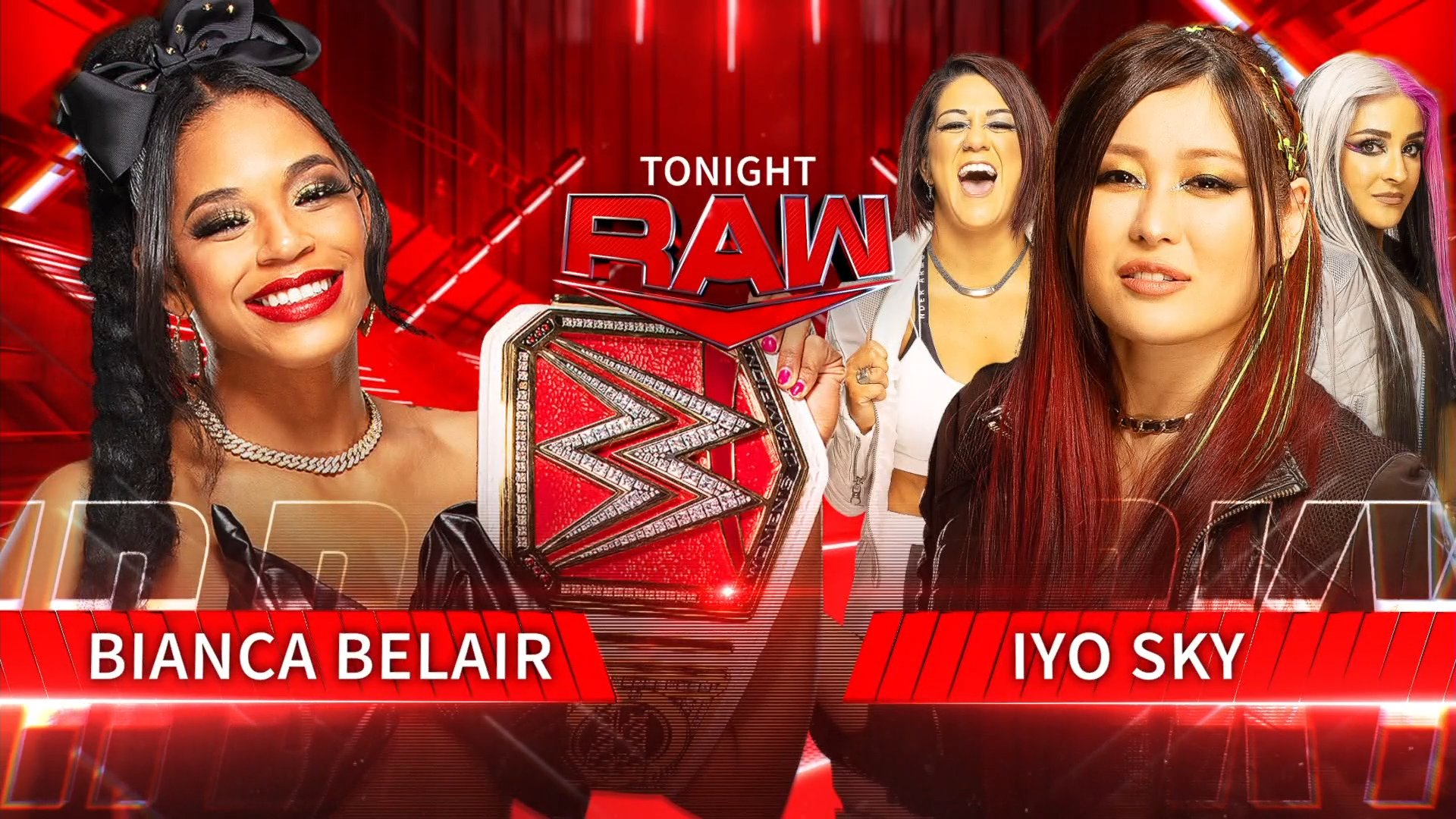 Before the match, Bayley speaks again and claims that the show has been on a downward spiral since she left. In addition, Dakota Kai adds that they know how to play the game. Iyo Sky finishes and tells Bianca Belair to get ready.

To no surprise, Bianca Belair is always ready for any challenge. Shockingly though, Bayley and Dakota Kai do not accompany Sky to the ring. This proves their will to stand tall together and separately.

All of the women go at each other while officials attempt to break them up. Many were expecting an immediate six-woman tag following after but that may come down the road.

Rhea sets Dominik up for a spear

At the end of the show, we see Rhea come out with the rest of Judgment Day. She attacks Dominik Mysterio before leaving after Edge appears. In addition, she pushes Dominik in front of Finn Balor, and he takes a spare from Edge.

Be sure to check out our post-show live on Twitch starting at 10:30 PM CST!

Which Team Will Be Crown New Women’s Tag Team Champions?

Chelsea Greens On The Creative Freedom In NWA

Ric Flair Gets the Win , WOW is coming and Saraya is Chilling |WWT Live 8.1.22