Why We Need More Male-Female Relationships in Wrestling

Throughout wrestling, there have always been factions. You can not run a wrestling show without them. Not only are they a great way to showcase an array of different talent in one go, but factions are a lynchpin in storytelling.

In addition, the formula for creating such a group is simple. For example, you can throw a group of wayward souls together and unite them under a common cause. Sometimes it can produce ratings gold like The Shield or become something truly memorable and enduring like The New Day. On the contrary, it can be as bland and forgettable as The Union. 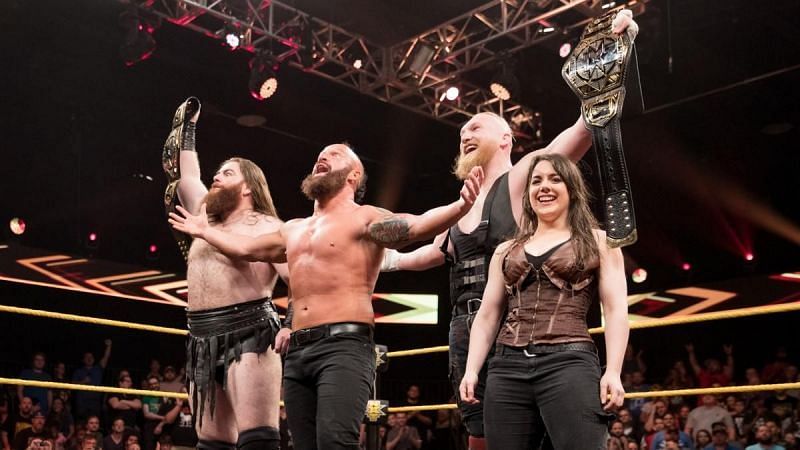 The Importance Of Male-Female Factions

So why is this important? How can something as insignificant as putting both men and women on the same side be such a big deal? Imagine your favorite TV show. Now imagine all the male and female characters existed yet never interacted with each other.

Pretty strange, isn’t it? Well, that’s wrestling. This weird space where men and women live but never interact with each other outside of wanting a romantic partner.

This article explores the importance of male and female interaction and the varying ways such dynamics occur. Furthermore, it will explore the impact of such dynamics and how they can lead to a more established and nuanced world, which wrestling has been lacking for a long time. 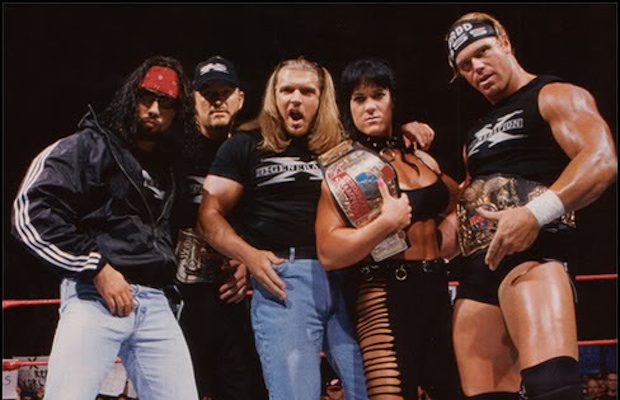 The History of Male/Female Factions

The use of men and women in factions has varied over the years. It follows the same trajectory as the ebbs and flows of intergender wrestlers. During the Attitude Era, when intergender wrestling was at its most popular, so too were male and female factions.

Chyna was at the top of the card with DX. In addition, Lita came into form as one-third of Team Xtreme. At the lower end of the card, you had Ivory in the Right To Censor and Molly Holly as the third Holly cousin. Despite the many criticisms that can be laid at the feet of Vince Russo, at least he had some idea of basic storytelling. 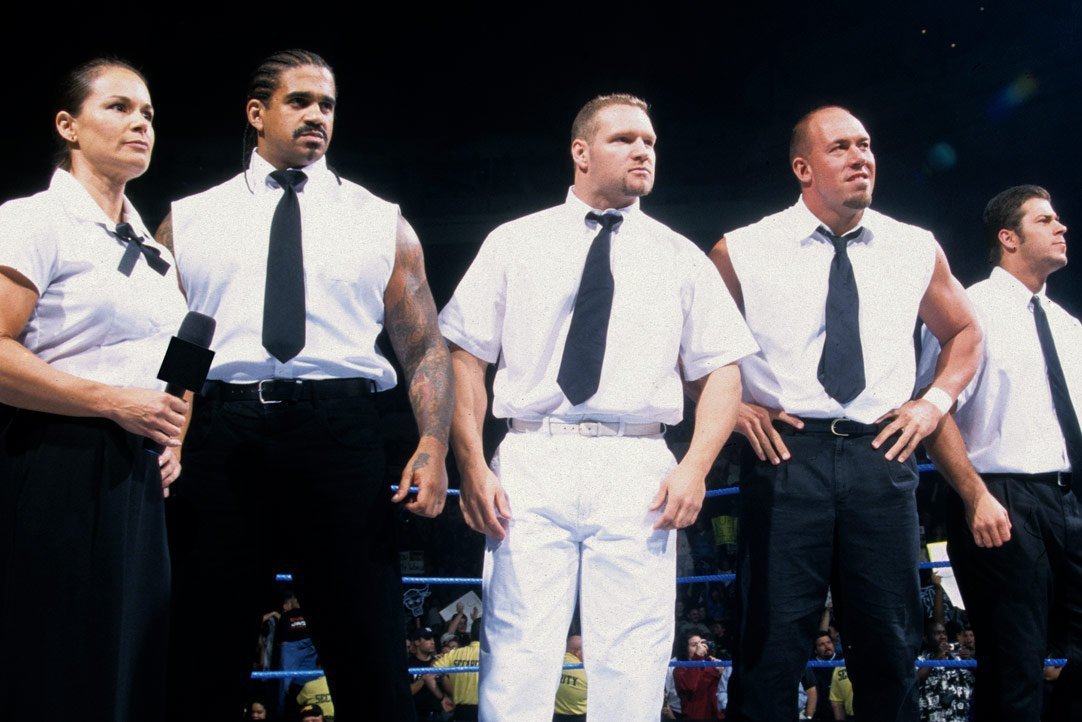 Since the envelope-pushing, shock-jock nature of the late 90s early 00s, wrestling tapered its intergender partnerships out of existence. Except for Serena Deeb in the Straight Edge Society, it is hard to think of a faction with a female in it that didn’t come with a romance attached.

Luckily, that trend is beginning to change. We are seeing a rise in the number of factions with male and female members. These changes may appear to be superficial.

What difference do a man and a woman sharing a ring have on the wrestling landscape? Quite a lot. Not only is it a way to create fleshed-out characters, but it also makes wrestling more accessible. It defies the gender dynamics that define modern wrestling.

Wrestling is built on the gender binary. I have spoken about this very topic in some detail before in regards to non-binary wrestling. There are men. There are women.

Each category exists in its own space, with the two rarely interacting. With that system comes an internal hierarchy, which places men above women. The men’s world championship means more. They make up most of the roster and take up most of the tv time.

Having integrated factions helps to begin to address this inequality. It causes a shift in the current power dynamic of wrestling, putting women on the same level as men. Worthy enough to share the ring, good enough to share a promo. It is a slither of equality absorbed via osmosis. 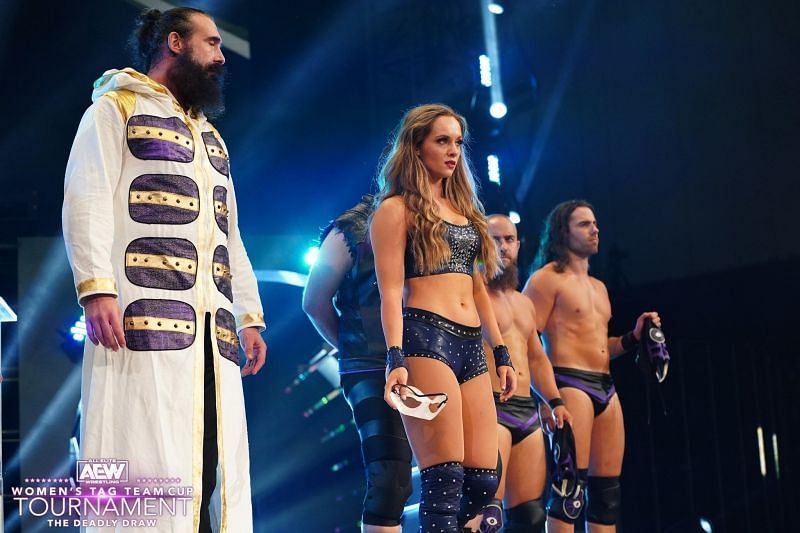 This sort of change is already happening. Over on AEW, both Anna Jay and Kris Statlander have benefitted from such a dynamic. Both women have been portrayed as equals in their respective teams, Anna Jay as one of the breakout stars of the Dark Order.

In the case of Statlander, the biggest boost she has received from her faction mates came during her AEW Women’s Championship match against Britt Baker. Accompanied to the ring and supported by fellow teammate freshly squeezed Orange Cassidy, Stantlander was given a boost by AEW’s most loveable wrestlers. Their alignment with both of these factions has been so beneficial. It has gotten to the point where it is arguable that both women have outgrown the need to be in such a faction.

The Subversion of Stereotypes

We are also seeing some subversion of managerial and valet roles. In AEW, both Mark Sterling and Stokely Hathaway have managed Jade Cargill. Despite the role reversal, the power dynamic of the domineering vocal wrestler and demure manager remains, exemplified by how Jade has the final say in many of Sterling and Hathaway’s promos. 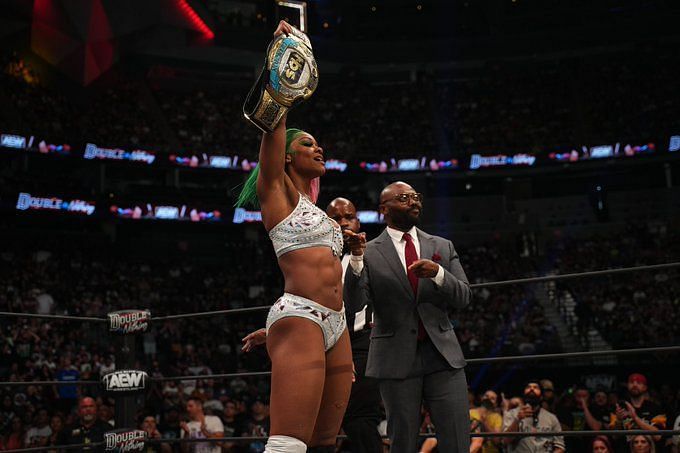 I will not pretend that it would drastically change how gender is viewed. Wrestling is not going to throw gender labels out the window any time soon. However, these incremental changes remain important. With the correct booking, such factions can help to address the inequality between men and women in wrestling.

If there was ever a bigger case for this, look no further than Eddie Kingston, a man that has the wrestling world by its balls. Week in and week out, Kingston gets some of the biggest reactions on TV. While most of Eddie’s popularity comes from his relatability and unapologetic authenticity, one of the nuances that elevate Eddie, is how well-defined his character is.

In addition, Kingston has a history with people. He has people he likes and dislikes and distrusts. His past interactions with people mean something. Above all, Eddie has friends. 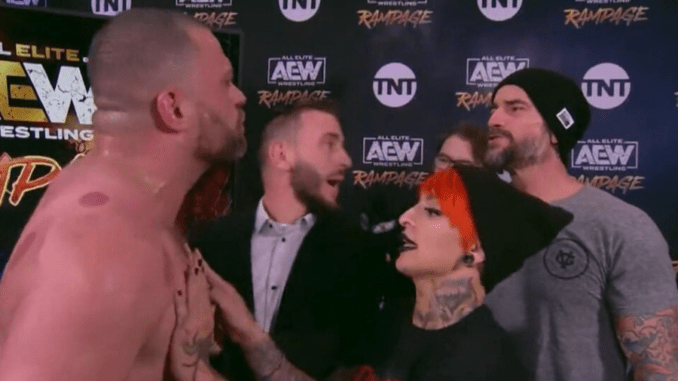 Jon Moxley, Santana and Ortis, and of course Ruby Soho. While we have only seen it a handful of times, Soho breaks up a fight between Kingston and CM Punk during their interview for the build to Blood N Guts. It is relationships such as these that we need more of in wrestling. The ones that reflect reality and make wrestling feel tangible.

Overall, the wrestling world would be a better place with a wide variety of male-female relationships, whatever form it may be. Platonic relationships allow for the exploration of friendship and lead to more nuanced characters.

These relationships, in turn, help to create a more nuanced and developed world that reflects reality. Opening up male-female relationships greatly expands the potential of what wrestling can be and what it can mean to fans.