Kiera Hogan Talks First Moments In AEW, Her Match With Athena, And More!

Aubrey Edwards and Tony Schiavone are joined by former IMPACT! Knockouts World Tag Team Champion, Kiera Hogan. She talks about the chemistry of The Baddies along with her first match at AEW. In addition, she talks about her match with Athena and the nerves she felt.

Her debut with Shida

Kiera Hogan makes her AEW debut in August 2021. Her very first match is against former AEW Women’s World Champion, Hikaru Shida. She says, “I was really excited cause I was like “Wow, this is my first match with AEW!” She continues, “[Shida and I] definitely had a banger!” Thoughts on being a part of The Baddies

“Literally, it’s been so organic. Just the whole process, us joining Jade and being The Baddies. Everything has happened so organically and it’s been great!” She continues, “We’ve had instant chemistry, even when I was just coming to Jacksonville. I was always talking to Jade and Red. I mean, we just hit it off immediately.” 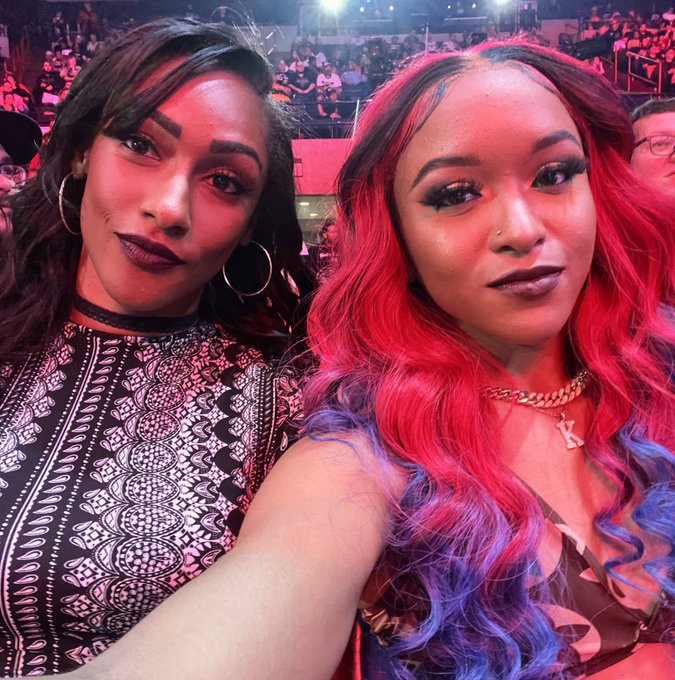 In addition, she goes on to discuss doing Tik Tok videos with Red Velvet. “I know Red’s a dancer so I was like “We should do Tik Toks together!” She was doing her own Tik Tok and I was doing my own. I think we were doing FanFest for Revolution and that was the first Tik Tok I did with Red.”

She continues, “I think people really like these collabs, and then of course I got with The Baddies and then the collabs just started rolling in.” She finishes with, “That’s our thing now!”

Being the only female faction in AEW

Tony points out that The Baddies are the only all-female faction in AEW. In addition, Hogan agrees and states, “I think we are a force to be reckoned with! Honestly, like I feel like we are definitely like a threat! We all bring so much diversity but together we’re even stronger.”

Her match with Athena

“I happened to you know step up to Athena and honestly, it’s a match that’s been meaning to happen. I’ve been wanting to wrestle her for a few years now.”

She goes on to talk about them having a tryout together and their chemistry in the ring. “I’m glad we got to do it on Rampage and it was her first match. Honestly, I will do it over and over and over again.”

Be sure to check out the entire interview available now.