Another amazing night in the IMPACT! Zone! It seems as if the chaos within the Knockouts division will never be over. Now, we have to determine who will face off with Jordynne Grace next! 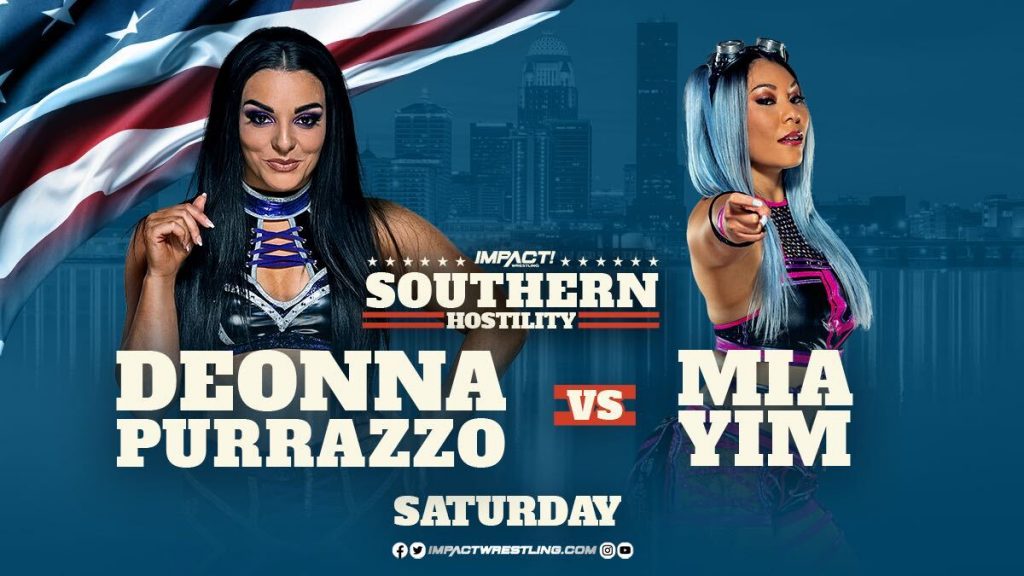 This is the one on one match-up that many of us have been waiting on! In addition, this is not the first time the two have faced off in singles competition. This time, we are in the IMPACT! ring for all the action.

Before the match, Gia Miller catches up with Deonna Purrazzo and Chelsea Green. Suddenly, Gail Kim steps in to announce that everyone will be banned from ringside from their respective matches. Furthermore, Chelsea Green will go one on one with Mickie James next week without The Virtuosa in her corner.

From the beginning of the match, Purrazzo and Yim tear the house down! During the match, Purrazzo looks into the camera with a quick message to the IMPACT! faithful. From submission to kick out after kick out, the crowd is on the edge of their seats. 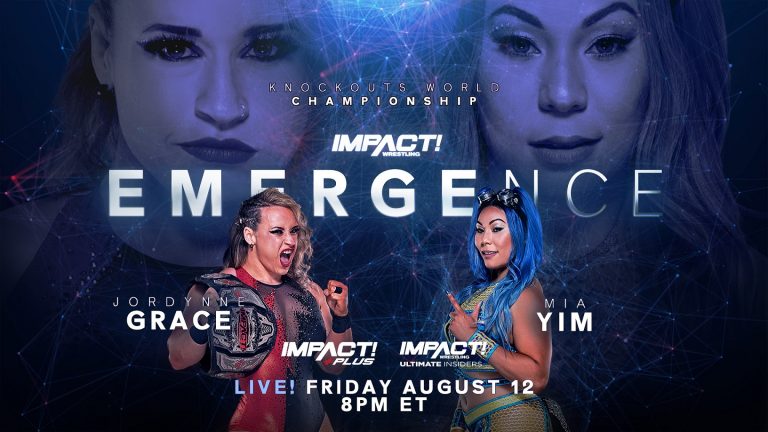 All in all, Mia Yim gains the victory and becomes the number one contender. After the match, Jordynne Grace makes her way to the ring to congratulate her next opponent. At Emergence, Grace will defend her IMPACT! Knockouts World Championship against Mia Yim.

We will have full coverage of this match on our website along with a post-show live on Twitch. Before The Impact, former friends face off. Gisele Shaw and Alisha waste no time going at one another. In addition, Madison Rayne and Tenille Dashwood watch along to make sure Shaw gets the win.

Gisele Shaw gains the victory and The Influence continue their terror over the division. Later that night, Shaw tells Dashwood that Masha Slamovich is going to kill her.

Madison Rayne then tells Shaw that she is on thin ice with The Influence. Next week, Tenille Dashwood will finally face off with Masha Slamovich. Will she survive or will she be the next added to the Kill Wall?

Rosemary is losing her mind with the search for Havok. However, Taya Valkyrie seems to have hope. In addition, Rosemary says it is time to go to the Undead Realm. Unfortunately, her trip does not include Valkyrie.

Killer Kelly Is Coming To IMPACT!

Be sure to check out our #IMPACTRecap every week. Our post-show will air tonight live on Twitch starting at 11:30 pm CST!