Trish Stratus has had a total of five Wrestlemania matches in her career. In addition, she is featured on Wrestlemania without a match on four separate occasions. She has accompanied Test and Albert to the ring at Wrestlemania, accompanied Vince McMahon to the ring, and played a pivotal role during Wrestlemania XX when she turned on Chris Jericho to join Christain.

Perhaps one of her proudest Wrestlemania moments is when she is inducted into the WWE Hall of Fame in 2013. For this article, I will be ranking each of Trish’s five matches from worst to best. 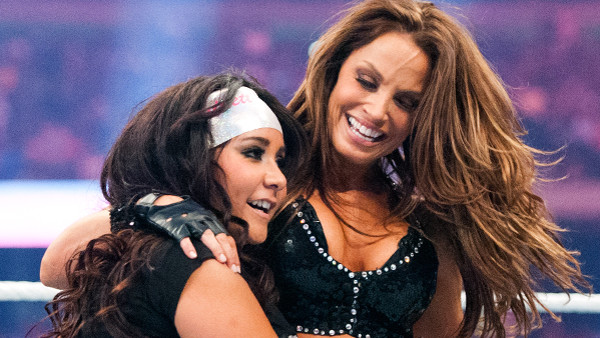 Trish returned to Wrestlemania for the first time in five years at Wrestlemania 27 in 2011. Unfortunately, it did not feel like the proper return that she deserved. She teams with John Morrison and Jersey Shore star, Snooki, to take on Dolph Ziggler, Michelle McCool, and Layla.

The match took place second to last on the card, wedged between Triple H vs. The Undertaker and the main event of the Miz vs. John Cena. The crowd was understandably tired and didn’t seem to care too much about Snooki being involved in the match.

To her credit, Trish carried the majority of the match on her back and looked great doing it. In addition, she does not miss a step even though she had been away from the ring for almost five years. Snooki would ultimately get the victory for her team. It is important to note that Trish has not competed in another Wrestlemania match since. 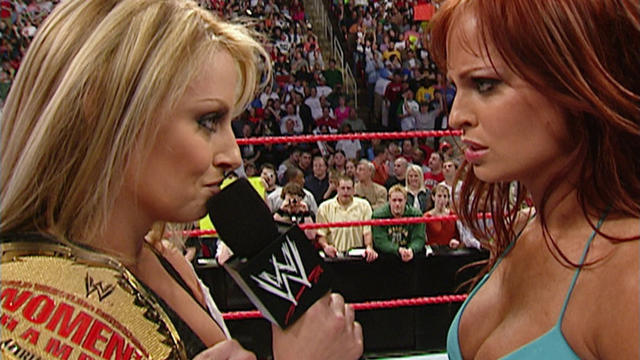 Wrestlemania 21 gives us Trish Stratus defending her WWE Women’s Championship against Christy Hemme. At the time, Trish is in her sixth title reign and has been at the top of the women’s division at this point. The match has a story, with Lita returning from injury to train Christy ahead of the match.

Trish tries her best to create a great match and get the crowd involved. However, Christy’s inexperience at the time made it hard to believe that she was a true contender to Trish. No matter what, there were some great moments involving Trish taunting Lita while she was at ringside supporting Christy. All in all, Trish retains the championship after a Chick Kick. 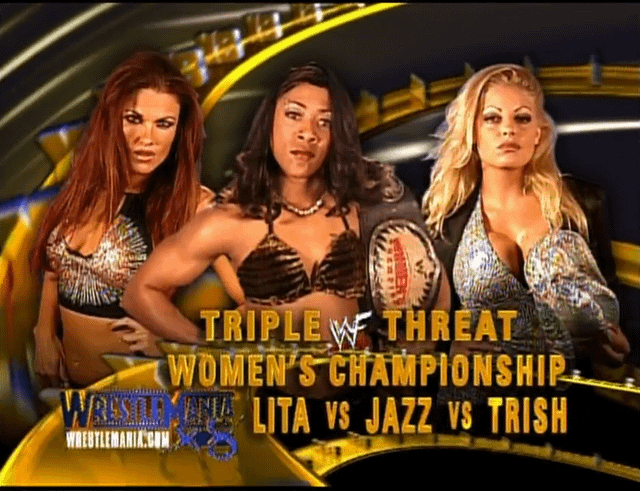 At WrestleMania 18, Trish faces off against Jazz and Lita in a triple threat match for the WWE Women’s Championship. In addition, this is her very first Wrestlemania competing in a match. Jazz enters the match as champion, dominating against Trish and Lita.

Trish was still fairly inexperienced at this point in 2002, so it was not a surprise that she spent much of the match on the defensive side. Jazz pins Lita after Trish is pushed out of the ring and retains her Championship. Even without the win, Trish gains the attention of fans and those in the back. 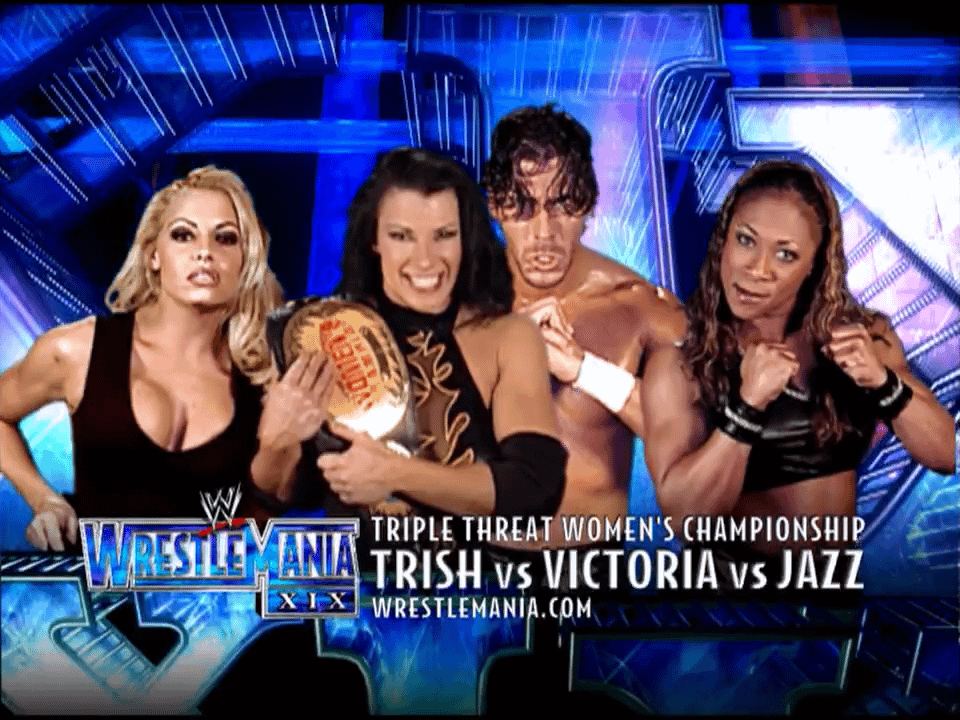 Moving forward, there is a drastic change in Trish’s performance between Wrestlemania 18 and Wrestlemania 19. Trish finds herself in yet another triple threat match for the WWE Women’s Championship. However, this time it is against Jazz and the champion Victoria.

It was very noticeable that Trish had been working with trainers and developing her in-ring style. She is a star in the match and often found herself holding her own when Victoria and Jazz would team up against her. Furthermore, she is able to hit Stevie Richards (who was in Victoria’s corner) with a Stratusfaction. Trish would hit Victoria with the Chick Kick to win her fourth WWE Women’s Championship, much to the crowd’s delight. 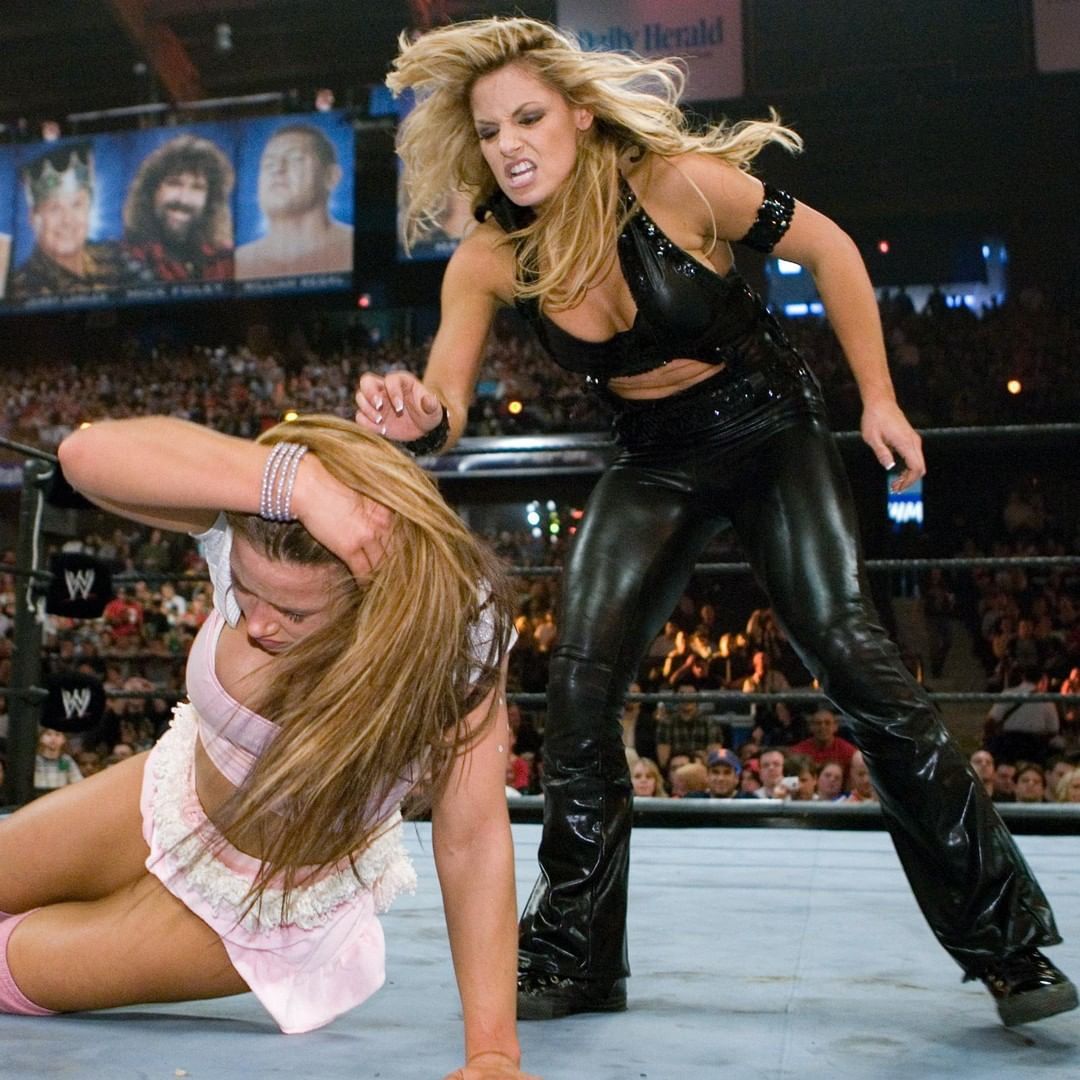 This match is considered by many to be the best Women’s Wrestlemania match in history (up until Charlotte Flair vs. Sasha Banks vs. Becky Lynch at Wrestlemania 32). Trish takes on Mickie James in a historic ending to a historic feud. At the time, Trish is still in her sixth reign as WWE Women’s Champion when she faces off with Mickie James for the title.

Mickie has been introduced to the WWE as a Trish Stratus super fan. She eventually became too much for Trish to handle, so Trish told Mickie that it was enough! Mickie grows angry and decides she wants to cause the destruction of Trish Stratus.

This eventually leads to their match at Wrestlemania 22. Controversy aside, the two put together an excellent match, having the crowd involvement the entire time. They showed everyone what the women of WWE are capable of if given the proper opportunity.

Mickie defeats Trish with a Mick Kick (which she stole from Trish’s Chick Kick) to win her first-ever WWE Women’s Championship. Be sure to watch Mickie James and Trish Stratus discuss their match available now on YouTube.